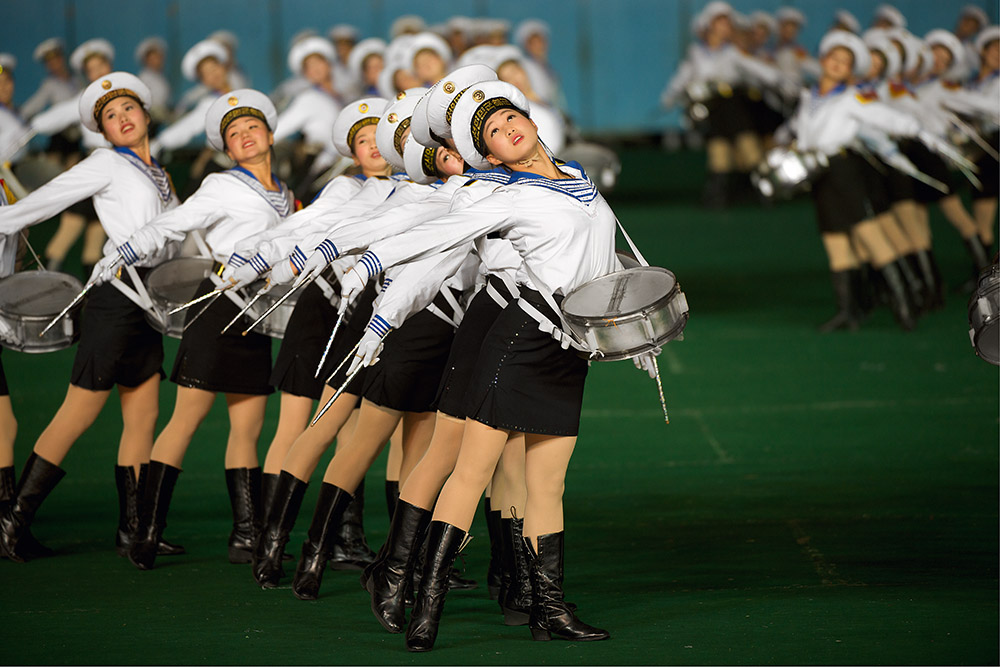 Photo series about the Massgames in Pyongyang, North Korea – the biggest show in the world

Series of 10 photos published at the gallery Lumas

Now available in an exclusive edition via Koryo Studio 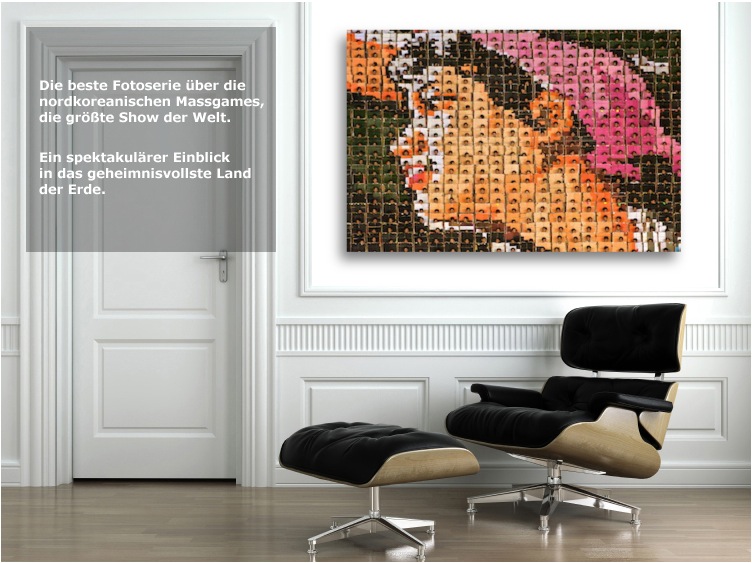 Exhibited in the 25th International Poster Biennale in Warzaw 2016

More info on the Facebook page of the series

Interview with Whitewall, the photo lab of Lumas

Article about the International Poster Biennale in Warzaw in Eye-Magazine

Article in the Daily Mail

Article in the Fashion & Livestyle-Blog Hypebeast

Article in the Design-Blog Designboom

Article in the Art Magazine Scene 360

Article in the Design Blog Trendhunter

The schoolchildren, conscious that a single slip in their action may spoil their mass gymnastic performance, make every effort to subordinate all their thoughts and actions to the collective.
On Further Developing Mass Gymnastics.
General Kim Jong-il, April 1987

In June 1811, Friedrich Ludwig Jahn, who later became known as the “gymnastics father”, opened the first “gymnastics ground” on the Hasenheide in Berlin. Everyone should be able to gather here and strengthen publicly with physical exercises. But the authorities looked suspiciously at the rapidly growing gymnastics movement, for Jahn was known as a radical nationalist who wanted to abolish small stateism and dreamed of civil rights, equality and a “Greater Germany” with a newly to be built capital “Teutonia” in Thuringia. So it is not surprising that the gymnasts were banned again in 1820 and Jahn was arrested several times in the following period. It was not until 1842 that William IV of Prussia lifted the “Turnbann” after Jahn had renounced his most radical political ideas. After this de-ideologization, however, the movement gained enormous popularity. The first highlight is the Leipzig Gymnastics Festival of 1863 with over 20,000 participants.

When the idea of public mass gymnastics was rediscovered by various socialist states after the Second World War, a new political charge – apparently inevitable – followed, but from another direction. The synchronicity of movements, already introduced by Jahn, was now driven to its peak, since system faith and staging suddenly fit together perfectly. North Korea’s ruler Kim Jong Il formulated this idea in an essay on “mass gymnastics” as follows: “Conscious that the slightest mistake in their actions can disturb the entire performance, the school children make every effort to subordinate all their thoughts and actions to the collective. The individual only functions as part of the collective, and the collective is only perfect if each individual is. The massgames serve as a way to “fully developed communist people” (Kim Jong Il, ibid.). Equipped with this ideological framework, the North Korean Mass Games eclipse everything that has ever been performed in the Eastern Bloc and put the just described into such a gigantic and spectacular show – and I really wanted to photograph it again. 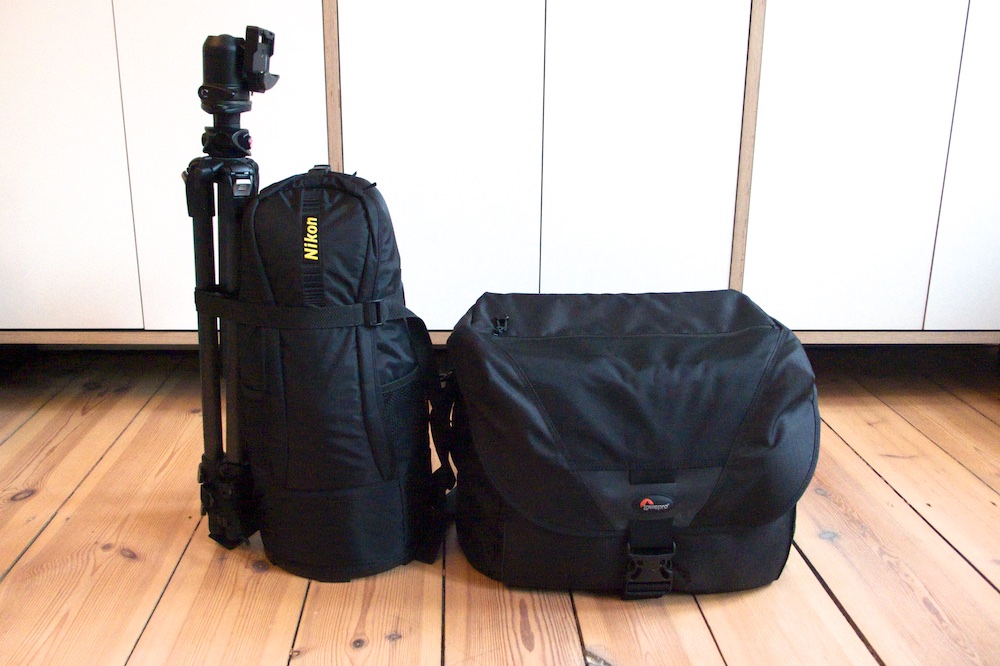 Thanks to my pictures book about the Massgames I got in touch with gallery Lumas in early 2008. Lumas was very interested in my photos, but since the images were only shot with a small amateur camera, the resolution was not enough for the large formats that Lumas wanted. So I decided to shoot a second series. This time with decent equipment and official photo permission. I was less interested in the spectacular long shots, such as those taken by Thomas Gursky. I wanted to find the “man in the masses”, to tear him out of the collective – and to do this I had to get as close as possible to the participants, either by being close to the field or by using extremely long lenses, preferably both.

Getting the photo permission was way harder than expected. For almost a year I heard, that it is impossible. But without my noticing it, my effort was registered: a Korean employee of the German Embassy contacted the travel agency that had helped me travel the country for the first time – Koryo Tours, that there was a guy from Germany who was stirring up everybody in Pyongyang with the request for a photo permission. Nick Bonner from Koryo Tours offered me generously his help and finally, things started to move. At the end of the summer, I got a message from Nick: a door might open for me in Pyongyang. The best thing would be to jump on a plane and just try it. I didn’t want to miss the opportunity, took all my courage, plundered my bank account and went to the “hermit kingdom”. I still didn’t have an official photo permit, but at least I managed to get my equipment through customs and was in the stadium on the same evening. Proudly my tour guide Mr Li showed me my spot: a long row of heavy armchairs, on which the North Korean celebrity, among them Kim Jong-un himself, attended the opening of the Massgames. Here I had the perfect view – but for my purposes, this place was unsuitable, as it was much too far away from the playground. I pointed to the rows below the box that were directly adjacent to the field: that’s where I wanted to go. Mr Li waved off at first, but two days later, with a lot of patience and further negotiations, I was right at the front of the pitch – closer than any other photographer before me.

A week later I was back in Beijing. Exhausted, but with a rich treasure of photos in my luggage. In Pyongyang I had only had time to fly over the photos, now I could finally look at them in detail. The close-ups, for which I had fought so hard, were perfect. But to my horror, all the long shots were out of focus. Apparently my wide-angle lens had been damaged during transport. The long shots were not the core of my work – but without the,m I would not be able to present the series at Lumas. So I booked another tour, flew back to Germany, exchanged my lens and a few days later I was back in Pyongyang to the great surprise of my guides. Now I was a “third timer”, one of the few western tourists who had been to North Korea three times. But the difficulties did not stop there. Two of the three shows that I had booked were cancelled. The only shows left were outside the validity of my visa. Again, Mr Li made the impossible possible. For one day I was in North Korea without a visa, then he arranged an appointment in a café where western tourists were not allowed. Here I met to my great pleasure Ms Pak Hyon-yi – who had been my tour guide on my first trip. Meanwhile, she was the manager of the state travel agency KITC – and she could help.

The very same evening my visa was extended and the next day I was back in the stadium at the biggest show in the world, camera in hand and carefully shot wide shot after wide shot, crisp and unique.

Back
We use cookies to ensure that we give you the best experience on our website. If you continue to use this site we will assume that you are happy with it.OKRead more