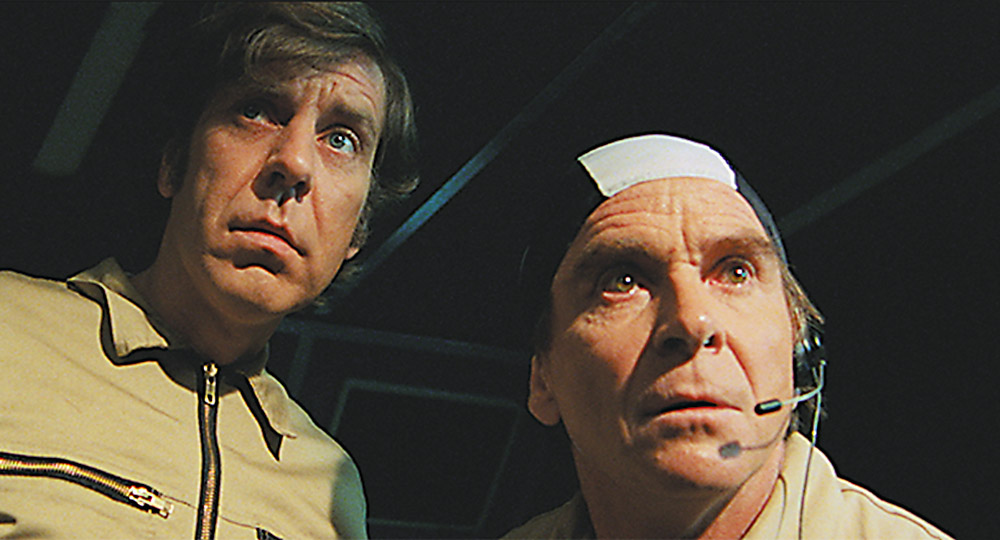 All photos (c) by Marco Meenen

The year 2030. Due to an operating error in the hyperspace module of the Bavarian space station “Stoiber”, the two astronauts Franz Daxenberger and Dirk Mandelbrot end up on the planet Aldebaran 9, almost 23,000 light years from Earth, where they and their station are put in a small enclosure of the city zoo. As the two astronauts attempt to refloat the station to return to Earth, zoo officials mistake them for males and females and try to breed them…

A co-production of T4-Film, HFF Munich, ARRI and Bayerischer Rundfunk
funded by the FilmFernsehFonds Bayern

Franz (takes his pill): Vanilla! Your miracle is very imaginative! For example, if they let us eat Weißwurst, that would be a miracle. With pretzels.

My graduation film “Space Zoo” was extreme in every respect. The story takes two astronauts from a space station in orbit via a zoo enclosure on an alien planet back to earth. In order to be able to tell that, all the sets had to be built from the ground up. Since Roland Emmerich’s “Noah’s Ark Project” no one had dared to do this in a college film. When we finished “Space-Zoo” we knew why.

Above all, the main set of the zoo enclosure presented us with almost insurmountable difficulties. The thing was huge. Luckily we had an abandoned exhibition hall in which we could set up the “mords Trumm” – but we had completely underestimated the dimension of the project. The equipment was eating up our entire budget and, despite an army of volunteers, was so behind schedule that we didn’t spend the first day of shooting shooting, but just getting the first set reasonably finished. While I was trying to keep my main actors happy, our special effects supervisor Jürgen Schopper applied patina to the spaceship with a small sponge. However, as soon as we started shooting, we conjured up pure cinematic magic: an Elmar Wepper floating weightlessly through the spaceship, an Uwe Rohde pantomiming contact with two extraterrestrials and both together, who finally waltzed in space suits to cover up their escape. Without the generous support of the team at Magicon , who built and played on the aliens, by ARRI who provided us with equipment and 3D effects, Stefan Galleithner with the team that let the “Stoiber” fly, as well as an army of highly professional employees who worked day and night to get it all done somehow, I would never have made it. My very special thanks go to this army once again.

As expected, this madness continued in post-production, but somehow we finally got it done, weightless, light, my first real “big picture”. As exhausting as it was – I would do it all over again in a heartbeat.