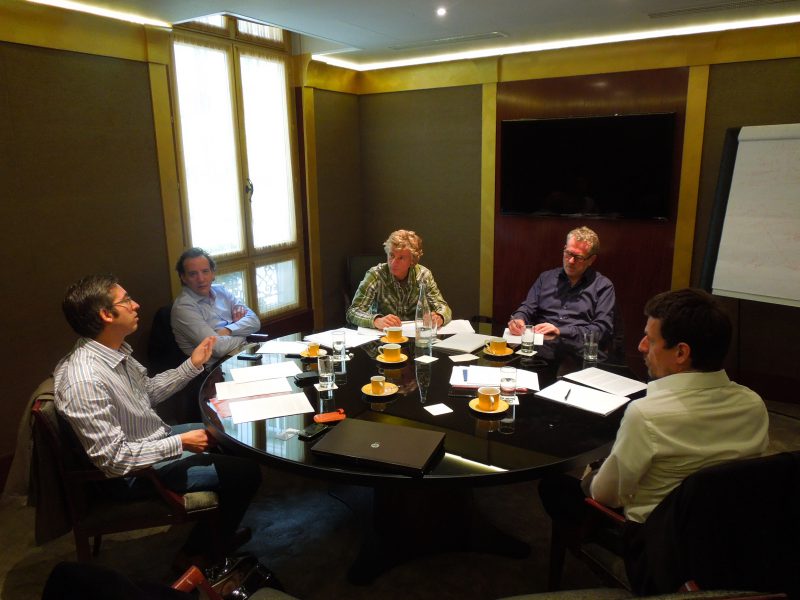 Story meeting in Paris. Internally known as “The Paris Pitch”. 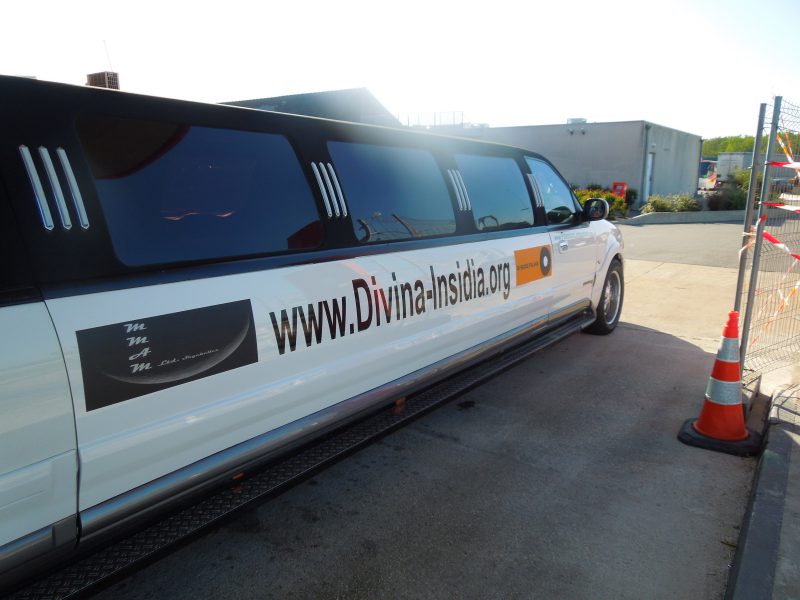 Overkill is our default setting: on the road on the Croisette during the Cannes Film Festival with the Strech-Limu acquired only for that reason 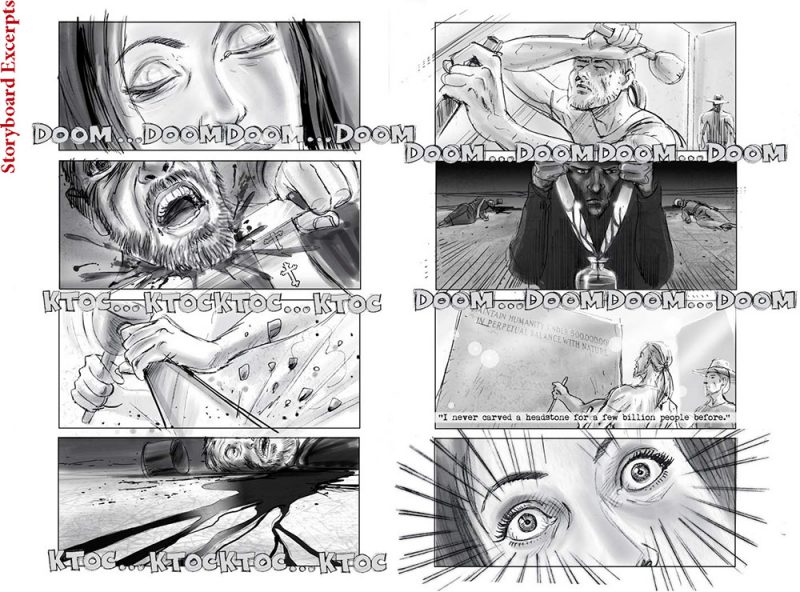 An insider thriller about the backers of the international financial crisis.
Evil and breathtaking.

In summer 2012, hedge fund manager Adam Lemmer acquired the film rights to a novel by Pascal Roussel, a banker at the European Investment Bank in Luxembourg: Divina Insidia: The Divine Trap. To be precise, it was a conspiracy theory disguised as a novel: the world’s powerful families form a cartel and plan to plunge society into chaos through escalating financial crises and thus seize power. The goal, however, is not the power itself, but to turn people away from God and establish the rule of Satan.

The sympathetic little Berlin production company B-Side Films was given the task of developing a film from the novel and shooting it. I was invited to a script pitch and got to read the novel. It was one of the bumpiest plays of literature I have ever read. Essentially, it consists of three long lectures given by a powerful “insider” of a young journalist. As befits the genre, it spreads the great meta-conspiracy theory, from the Christian ban on interest to Adam Weishaupt’s Illuminati, the Bilderbergers, 9/11, the UNO, the Knights Templar, Rothschilds and Rockefellers, everything of rank and name in the genre was included. The ideal job for someone like me who’s good at structuring and who’s also been up and down the world of conspiracy theories for other projects. Friday I got the novel, Monday I had finished my concept, two days later I met Adam for the first time: in the courtyard of a fine hotel on Ku’damm, I was very nervous, he in a red velvet suit with an impressively large red calling card, which identified him as “Ambassador of the Ecumenical Hospitaller Order of St. John Knights of Malta” as well as various international financial firms. After almost two hours without point and comma of lecturing on the dark world of the great world conspiracy and I was able to provide the right keywords, I had the job.

An incredible tour de force started: after we got Pascal’s blessing, I had to rework the pile of conspiracy theories into an exciting story within a very short time, after all they wanted to develop nothing more and nothing less than an internationally marketable thriller. Adam had never made a film before – but apparently he had the small change necessary to do the development and pre-production without public money. He’s been on the gas the whole time. Every three weeks we had to deliver new versions, which were discussed in personal meetings. Which meant we were flown to where Adam was on business – including an impressive entourage consisting of his wife, four children, two nannies, two drivers, bodyguard and at least one lawyer. Of course in each case in the largest hotel at the place. The first version was produced at record speed and was translated even faster into English, as top directors were sought on the international stage. After the first refusals, however, this plan was abandoned again and a German director with international experience was found, a second version was written, again translated into English, since one was now looking for actors internationally. Gradually it became clear that Adam would not be able to raise the budget, so an elaborate brochure, as well as a sales trailer for financing, was created.

The budget for the pre-production including location scouting, casting and storyboarding was just negotiated when Adam was arrested by the Italian police in Malta, apparently on behalf of Interpol, who had been on his tail for months. It turned out that he had actually invested considerable financial means in the film – but had acquired them from unclean financial transactions. Apparently all the ominous companies he had pretended to run, all the lawyers, authorised signatories, asset managers, parties with prominent guests and the whole broad-minded appearance had been nothing but dazzling for a huge pyramid system that needed ever new funds in order to generate the non-existent profits of the previous participants. Even the Knights Templar of Malta, of whom he was allegedly a member, could no longer help him. The most real thing this system had produced was a fictional script, which unfortunately no longer became a film. Too bad about the beautiful project. That was a wonderfully weird, crazy, bizarre time.

I will be happy to send you excerpts from the script on request.