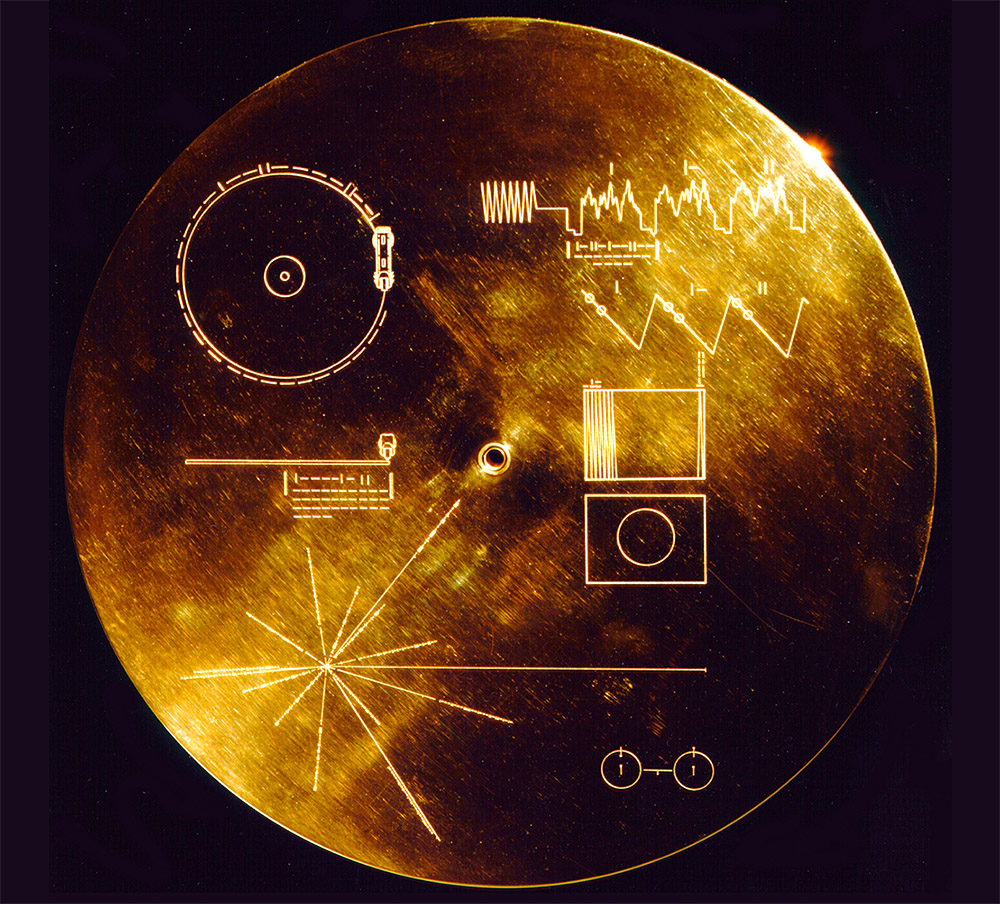 In the 1980s, NASA sent two probes to explore the solar system: Voyager 1 & 2. Since it was foreseeable that one day they would leave the solar system and become the first man-made machines to enter interstellar space, it was decided that if the aliens found them one day, they would also send a greeting. So a gold record was screwed onto each of the probes, together with a pickup, a needle and the assembly instructions for the turntable. Apparently they didn’t want the aliens to find them one day and think they were a strangely scratched golden mirror.

I have always been a big fan of “Voyager Golden Records”. One of my favorite places are the “Greetings From The Secretary General Of The UN”, who explains: “We step out of our solar system into the universe seeking only peace and friendship, to teach if we are called upon, to be taught if we are fortunate… it is with humility and hope that we take this step.” And since that was Dr. Kurt Waldheim at the time, this speech now drifts through the universe in his broad, difficult Austrian English forever. At least until it is found and, if the aliens assemble the turntable correctly, one day it sounds again in the cockpit of a futuristic spaceship. How I would like to be there right now, with a big smile on my face…

Currently, the Voyagers are hissing somewhere in the middle of nowhere behind Pluto and there are regular disputes about whether they have already left the solar system or not. To bridge the time until their discovery, NASA has released parts of the record on “Soundcloud” this year. Why find out in my little article, which I was allowed to write on this occasion in the wonderful “Friday”:

Here is a link to a pdf of the article.

And here the link to the article on the Website of “Freitag”.

… and far from home untouched by these remote events, the Voyagers bearing the memories of a world that is no more – 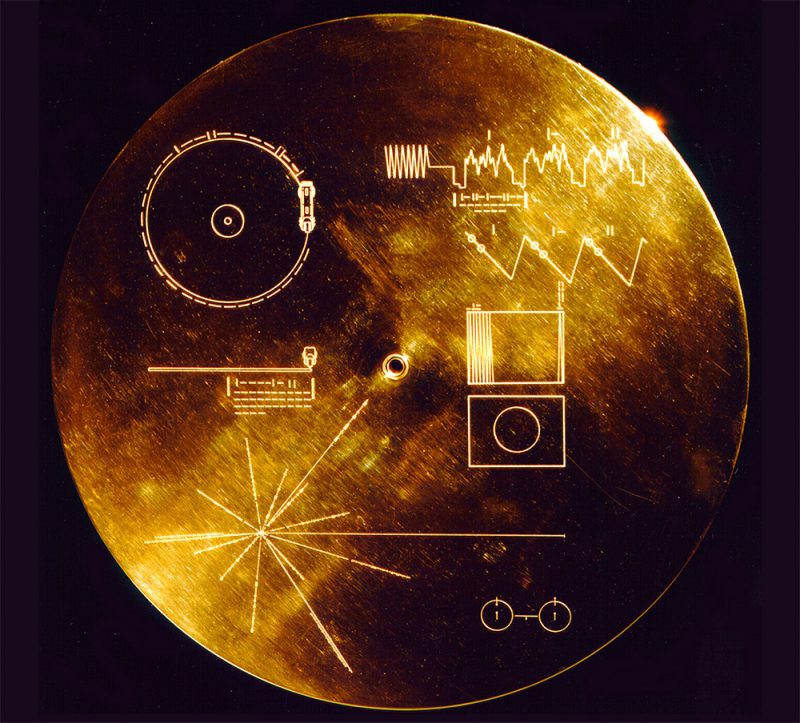 For connoisseurs: a wonderful lecture by Carl Sagan himself on the Golden Record